NutritionGang is essentially a one-man show at the present time… if you would like to participate, let’s get in touch! 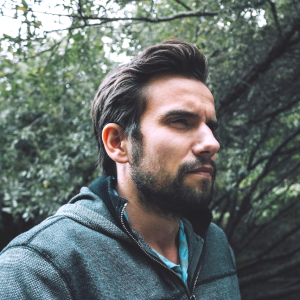 Charles W. James – I am a blogger and book author, born in 1976. I was diagnosed with Crohn’s Disease in 2005. Like millions of other sufferers of Crohn’s or any disease, my experience has been difficult. Those early times after the onset were a bumpy ride filled with frustrations.

Even though I was in my late 20s, I felt aged far beyond my years. Extreme weakness to the point where I could barely walk on my own. There were so many times when I honestly did not know how I could go on like that. Of course I was taking medication, but my success with it was far less than spectacular. So I slowly realized the need to look at other approaches.

After a good deal of research, I discovered Crohn’s sufferers who experienced success and relief through diet. People were controlling and managing their condition by eating certain types of foods!

I immediately made changes in my own diet. I cannot tell you my feelings about the results because they were so positive and most of all – fast. All that pain subsided and disappeared along with a restoration of youthful vigor and energy. It was like turning the clock back. And when you are that young and feeling so much older, it felt like some kind of miracle.

I am not exaggerating one bit when I say it felt like a miracle in my life.

One natural offshoot of my experience was a great interest in diet and nutrition. I have read quite a bit about those subjects since then. I tested a lot of ideas and approaches, even though it takes time to do this. The effects of dietary changes are not immediate, as you can imagine. But I did finally hit the target with the SCD diet because that was the first one that really worked very well for my condition.

I then changed to what is called the GAPS diet (which is based on SCD). I had to accomplish two goals. I had to stop the general deterioration of the gut and I had to include “Superfoods” that help to bring about a healing of the damage to the gut.

All this brings us to the Paleo diet because it is one that has brought so many benefits to people in many different situations. The general “Paleo” approach to nutrition and diet has been shown to offer positive medical benefits for anyone. Those who are sick with certain conditions have seen improvement. But you don’t need to have a problem to reap solid health rewards. You can improve your existing good health and use it as a proactive and preventive approach.

Today, my diet can be considered a hybrid of SCD, GAPS, Superfoods, and Paleo diet principles…